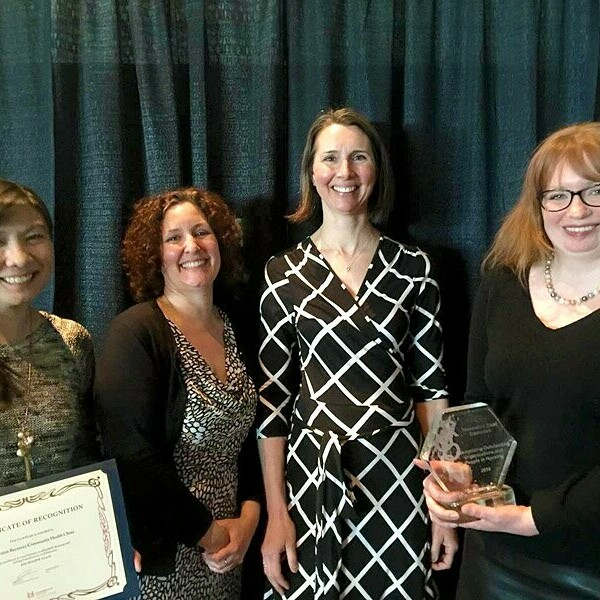 The work of Dr. Kathryn Dong and the Addiction Recovery and Community Health (ARCH) team was recognized at Homeward Trust's 2016 ROOPH Awards, which recognizes outstanding organizations and people in the housing sector as well as the people and organizations who have contributed to affordable housing and ending homelessness in Edmonton.

Led by Royal Alexandra Hospital physician Dr. Kathryn Dong, ARCH is the clinical component of the Inner City Health and Wellness Program, an initiative aimed at providing innovative and more comprehensive care to some of Edmonton’s most at-risk patients.

“When someone arrives at our Emergency Department with a broken arm, we will obviously do our best to help them,” says Dr. Dong. “But what if they broke their arm because of addiction or homelessness? Helping someone deal with the bigger issues that caused their broken arm will ultimately help them more than just the acute treatment.”

When a patient in the Royal Alexandra Hospital’s Emergency Department is assessed as someone who has a complex substance use disorder or whose health may be at risk due to poor social determinants of health, staff will recommend ARCH and make an appointment. ARCH can then connect people with a variety of external services such as primary care providers, mental health support, addiction counselling, housing, and identification. In the almost two years that ARCH has been in operation, it has proved to be a small clinic making a big difference to some of Edmonton's most marginalized population.

“Since we opened in July 2014, ARCH has assisted more than 800 patients,” says Esther Leung, a social worker on the ARCH team. “That number really speaks to the need for a new approach for people dealing with addictions, poverty, and homelessness.”

The 2016 ROOPH Awards were held on Tuesday, March 10 at the Shaw Conference Centre in Edmonton.

Homeward Trust Edmonton is a not for profit organization that uses a community-based approach toward the goal of ending homelessness in Edmonton. Their primary role is to coordinate responses to housing needs by working together with local agencies and all orders of government. Homeward Trust is funded by the Government of Canada, Government of Alberta, City of Edmonton and a variety of community partners.

Read more about the Inner City Health and Wellness Program.