Though Lung Cancer Awareness has a dedicated month, the battle is year-round. 32-year-old Lindsay Durstling wanted to raise awareness about how even young, relatively healthy, non-smoking women like herself can contract lung cancer. 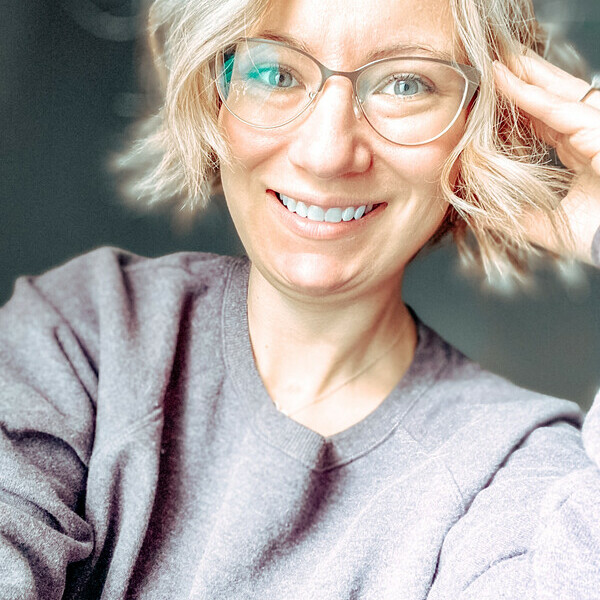 One of the groups hit hardest by lung cancer in Alberta is one that many may find surprising—young women in their thirties, including those who never touch cigarettes.

Lindsay Durstling, a 32-year-old disability management consultant for the City of Edmonton, knows this all too well.

“Between 60 and 70% of women diagnosed with lung cancer today are lifelong non-smokers.” - Penn Medicine

In mid-November 2019, after a trip to Disneyland, Lindsay came down with a stubborn cough and cold-like symptoms.

“I’m normally not one to go to the doctor for a cold, but for some reason this one felt different,” she said.

And it’s good she did. While she suspected a sinus infection and perhaps a few days of antibiotics, the prognosis was much more severe. She was instructed to get a chest x-ray to rule out pneumonia and told she would be contacted if anything was uncovered.

She returned to work the next day. By noon, she had a call from her GP at the doctor’s office asking her to come in right away to discuss her results. Her heart sank.

“I knew I didn’t have pneumonia, but what else could it possibly be?” Lindsay described herself as a ‘relatively healthy’ 31-year-old who loves to run, eat healthy (“generally”) and never smoked a day in her life.

Lindsay’s doctor told her she had a 5 cm mass in her right lung.

Looking at a previous x-ray from 2016 taken in relation to a shoulder injury, doctors could tell the mass had shown “significant growth.” She was informed she needed a CT scan to better understand what they were dealing with and if it might be cancer.

Though she was fortunate enough to be booked for a CT scan within a matter of days, the waiting was again agonizing. The CT implied it was an abnormal mass, but they could not yet confirm a cancer diagnosis. Lindsay was sent to the Royal Alexandra Hospital for a biopsy.

One biopsy quickly turned into three different types. As the tests spanned into December and doctors had to remove one of Lindsay’s lymph nodes, a surgeon called to confirm her and her husband’s worst fears—Stage 3B adenocarcinoma.

The diagnosis meant several more tests, including a PET scan to investigate if there was cancer present anywhere else in Lindsay’s body, a brain MRI to “make sure nothing funny was going on upstairs,” and others.

For each of these tests and scans, Lindsay could feel her anxiety spiking and found the waiting unbearable. “Let me tell you, the ‘scanxiety’ was real,” she said.

“Scans are never fun, and waiting for your results is the worst. Getting closer to the scans, every tweak and twinge you feel, you think 'What is that, is that the cancer growing?'"

Thankfully the scans were clear, and Lindsay’s lung was the only area of concern.

After discussions with her oncologist and Dr. Stewart, the surgeon who completed Lindsay’s biopsies, it was determined they would go down the second path. Lindsay immediately began three rounds of chemotherapy and 30 rounds of radiation at “the highest dose they could give.”

More “scanxiety”... another CT scan was called for, in order to assess progress and determine if Lindsay would be able to move onto the immunotherapy treatment she hoped for. Lindsay recalls the oncologist being hard to read as he walked in the room to deliver her results.

Fortunately, the doctor’s expression brightened and he was happy to report that Lindsay’s mass had decreased to 3.8cm. With that, she was ready to start her year-long immunotherapy journey at the Cross Cancer Institute.

Fast forward to the present, Lindsay is able to live a pretty normal life with minimal side effects.

To bring some levity to the situation, Lindsay and those close to her nicknamed her tumour “Gladys.” Their reasoning: it tends to make her feel uncharacteristically tired when performing any strenuous task such as shoveling the driveway, ‘like a much older woman.’

Her progress continues, however, as “Gladys” the tumour has now shrunk to only 1.3 cm.

Doctors shared the news of her latest scan over the phone, as COVID prevented the usual in-person follow-ups. Earlier in the process, Lindsay was forced to come in by herself for her first several visits, as visitation policies were tightened and restricted her husband (Sheldon Durstling, who happens to be a cousin of Tim Monds, Founder of the Give a Breath 5k) from accompanying her.

By sharing her story, Lindsay’s hope is to call attention to the fact that anyone can face a lung cancer diagnosis—whether you smoke or not, whether you’re young or old, and no matter your gender.

To protect yourself as best you can, early detection is of the utmost importance.

“Be diligent with your check-ins. If you feel off, explain your symptoms. You might end up getting a chest scan and a life-changing diagnosis…”

And, there are many more ways to contract lung cancer than smoking, including exposure to secondhand smoke, carcinogens, radon, and other lesser known factors that need more research and funding to improve our understanding.

Thank you to Lindsay for sharing her story and experience, and bringing more awareness to the dangers of lung cancer, in all its forms.

To show your support for lung cancer research, please consider a donation: