Our Hospital, Our Stories“They Were Your Family” – Royal Alexandra Hospital Nursing Graduates Gather at the Royal Alex

Every year, retired and practicing nurses from far and wide gather at the Royal Alexandra Hospital for a very special event. 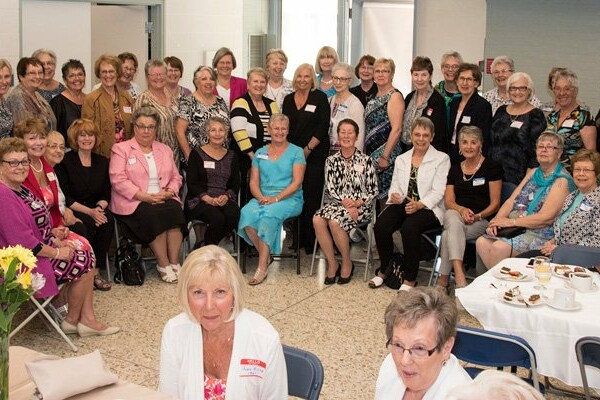 Every year, retired and practicing nurses from far and wide gather at the Royal Alexandra Hospital for a very special event.

The Royal Alexandra Hospital School of Nursing operated from 1905 to 1995. It was known as a preeminent nursing school that provided rigor in its training and a resolve that all nurses would provide skilled and compassionate patient care. More than 4,500 graduates are on record.

“Any graduate with a diploma from the Royal Alexandra Hospital School of Nursing would have her pick of job placements at any hospital in North America,” says Sandy Carley, Class of 1964 and past President, RAH School of Nursing Alumnae. “That was the caliber of the teaching and the reputation of the school – it was that good.”

Each spring, members of the Royal Alexandra Hospital School of Nursing Alumnae Association meet for an annual tea, banquet, and memorial service. It is a time to renew friendships, share memories, and recall with fondness the “sisters” who have passed.

“We all grew up together,” says Sandy, who attends the annual event regularly. “You had somebody there to talk about the first death you experienced on duty, your first birth, things like that. They were your family. And they still are!”

Many alumnae have vivid memories of what life as a nurse was like decades ago.

“We had a house mother who walked around and checked up on us all the time,” says Mary Mattison, who graduated in 1945. “We must have driven her crazy!” says her friend Barbara Hutchison, with a laugh and a twinkle in her eye. “And we enjoyed every bit of it.”

Other grads have memories of long-past nursing traditions – and the shenanigans some nurses got up to in order to make them more bearable. Dorothy Sande recalls how during training, nurses were outfitted with a tailored uniform, black nylons, and no-nonsense black Oxford shoes. After two and a half years of training, experienced nurses then graduated to white shoes and stockings, a cause to celebrate. To mark this milestone, nurses from the Royal Alex would regularly decorate the High Level Bridge with their old stockings and shoes. “Eventually the city had to intervene,” says Dorothy with a laugh. “There would be miles of black stockings decorating the High Level Bridge!”

While travelling to Edmonton is a challenge for some older graduates, there is no doubt amongst the “sisters” about the proud legacy of the School of Nursing and the importance of the annual gathering. And their pride is matched by their generosity: thanks to support from Alumnae, their Graduates Fund has donated more than $56,000 to support initiatives for patient comfort and care at the Royal Alexandra Hospital.

“The Alumnae is one of the most important things that the School of Nursing has ever had,” says Sandy.