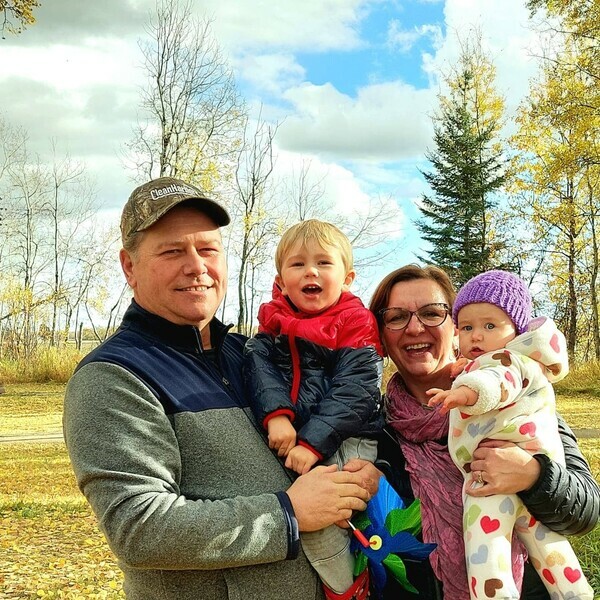 An active woman in her mid-fifties, June’s heart health story is “somewhat convoluted,” she admits. Her issues revealed themselves through the pursuit of a knee replacement surgery, despite being hidden within a variety of tests and other symptoms.

June was diagnosed at 40 years old with Graves’ disease, a form of hyperthyroidism with several symptoms and side effects including heart palpitations. On a hiking trip in 2019, June was suffering from pain in her knee. An orthopedic surgeon discovered extensive damage and recommended June go for a total knee replacement. So, she put her name down on the waitlist.

Then in May of 2021, a few days after receiving the COVID vaccine, June noticed her palpitations seem to be slightly more prevalent than normal.

“I like to joke that the COVID vaccine saved my life, but for a completely different reason than you’d expect,” June laughed.

Concerned about her heart—and very aware of the heart health issues that run in her family— June took her own blood pressure, and found that it was sky-high. She made an appointment with a local physician who confirmed her blood pressure was indeed high.

What followed was a plethora of tests, conflicting opinions, and, fortunately, the perseverance of one woman who knew to advocate for her own health.

June underwent an ECG from a travelling technician—as the smalltown region surrounding Brownvale does not have access to the same sorts of technology or resources as the larger urban centres—which indicated evidence of a previous myocardial infarction.

As symptoms can present vastly differently in women than men, it’s very possible that June would not have known she’d experienced a heart attack.

Another travelling tech was enlisted to put June through a stress test. June was not able to complete this test due to her knee pain so she went for a MIBI test, which measures the amount of blood being supplied to one’s heart. In July, she underwent the pre-op for her knee replacement, after which her internist and anesthetist both felt she’d be fine to receive the surgery. One told her, “Just exercise and lose some weight.”

But, June still felt her blood pressure was higher than it should be and her family’s history of heart disease was not being taken seriously enough.

She pushed for an angiogram and another opinion. A second local internist looked at her MIBI test results and referred her to cardiac specialists at the CK Hui Heart Centre, who acted quickly.

“I got the angiogram in September at the Royal Alex, and they put the stents in at the same time,” she said.

The doctors found she had three-vessel disease (3VD), which put her in a high-risk category. They placed four stents to prevent life-threatening blockages in blood flow and allow June to keep living her life more safely.

Following this experience, June felt compelled to support women's heart health and research, and donated to the CK Hui Heart Centre as well as the Alberta Women’s Health Foundation.

“It was a lengthy process for me to be treated properly because I feel my symptoms were atypical (as many women's are). I didn't have the crushing chest pain or other debilitating symptoms, which means things were easily missed or masked,” she explained.

“It might have been different if it was an acute episode, so I think the emphasis needs to be more on prevention. And of course, COVID affected everything too!”

June’s story represents our value of Excellence in a number of ways. Excellence in one’s ability to trust their body and advocate for their own health. Excellence in action and care from those who read her results closely, listened to her concerns, and made sure she received the treatment she needed to prevent a potentially terrible outcome. And a push for more excellence in heart health knowledge and care across the—especially in the rural areas that do not have the same type of access to resources, technology and expertise.

While her knee replacement surgery is still on hold, June has another plan in the meantime.

“On my right wrist where they did the angiogram I’m going to get a tattoo, once I’m off the blood thinners, that says the “The beat goes on,” she said, in reference to the song by Sonny and Cher. “I have a new lease on life.”

We are grateful for her sharing her story, spreading the word, and doing her part to make our communities healthier.

June Coates and her family 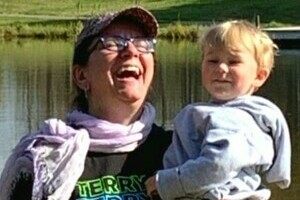 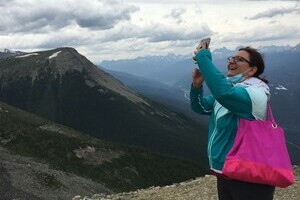 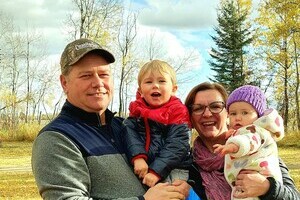 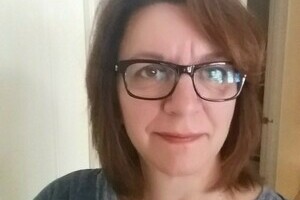 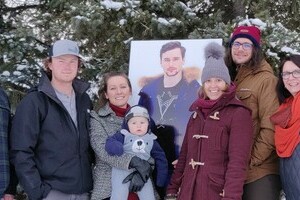