Dr. Karim Damji and his team have their sights set on enhancing awareness, detection, management, and capacity for glaucoma care. 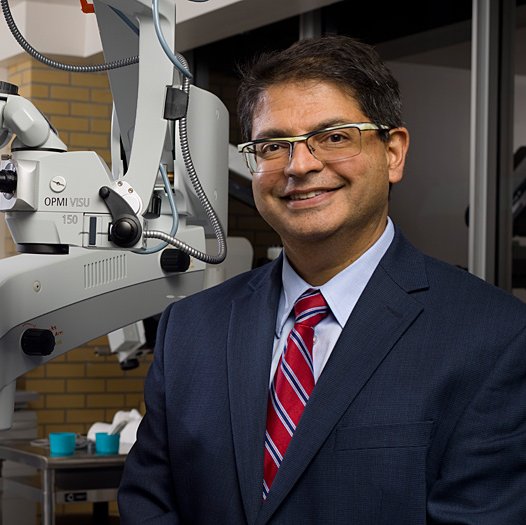 For a struggling family living in a third-world country, an eye disease like glaucoma impacting anyone, but particularly a breadwinner, can mean total destitution. Its effects on peripheral vision are irreversible, but can be halted.

“The key is to catch it early,” says Dr. Karim Damji, the Chief of Ophthalmology at the Eye Institute of Alberta, at the Royal Alexandra Hospital.

In regions like Sub Saharan Africa, where prevalence rates are some of the highest, the proper training isn’t always in place to do so.

“Historically, very little has been done to tackle glaucoma in Africa even though it is one of the hardest hit areas,” Damji added.

Early detection is often missed and once diagnosed, there is limited access to treatment.

The Eye Institute of Alberta, with support from both the University of Ottawa and the University of Alberta, have their sights set on training the first generation of glaucoma subspecialists, as well as developing centers of excellence in Sub Saharan Africa. Together, the three initiated the STOP Glaucoma program.

“Once ophthalmologists are trained in basic eye surgery, they can come and spend time with us on a rotating basis and train in glaucoma. Then they are able to return and serve the people in their own country, but do so through a teaching institution.”

An education program made possible by donors to the Royal Alexandra Hospital Foundation. These donors were a key factor in Dr. Damji’s move to the province.

“Part of the motivation for me to come to Alberta from Ottawa was because the foundation gave a grant to support fellowship training.”

The STOP Glaucoma program continues to help halt progression of the disease in Sub Saharan Africa and will soon expand into areas of Eastern Africa and the Ivory Coast.