More than 2,000 enthusiastic women, along with their families and friends, participated in the 2017 SHOPPERS LOVE. YOU. Run For Women. 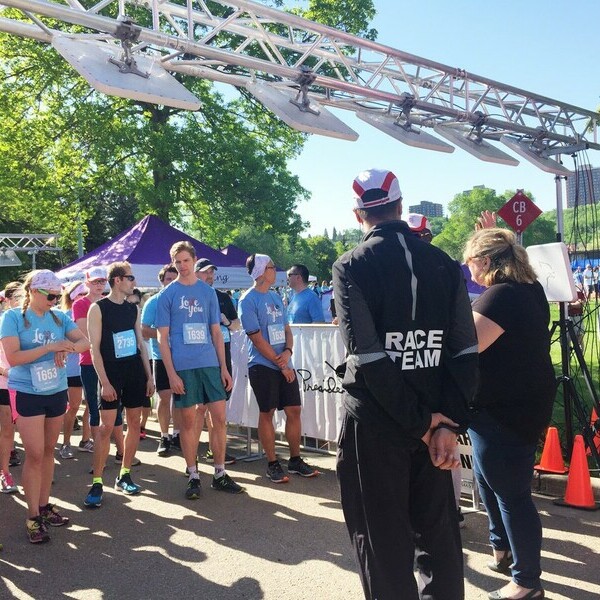 At the end of every good run is an even better mood.

More than 2,000 enthusiastic women, along with their families and friends, participated in the 2017 SHOPPERS LOVE. YOU. Run For Women. With donations from each runner and the generosity of Shoppers Drug Mart’s donation of an additional $10 per participant, $218,000 in support of women's mental health programs at Lois Hole Hospital for Women was raised.

“I think everyone taking part in the event was pretty astounded at the success achieved by Shoppers Drug Mart,” said Sharlene Rutherford, Vice President and Chief Operating Officer of the Royal Alexandra Hospital Foundation.

“I don’t know what it is about Edmonton, but there is something absolutely magical about this race, and the energy and fun that all the participants bring to the event,” said Brian Poon, District Manager, Alberta Operations, Edmonton West.  “This event has grown year over year, both in numbers of participants and in funds raised for the Lois Hole Hospital for Women.  I’m really proud of our team, and the success we’ve achieved thus far. It’s amazing.”

The Royal Alexandra Hospital Foundation and the Lois Hole Hospital for Women were especially pleased to see Deputy Premier and Minister of Health, the Honourable Sarah Hoffman attend the race, provide a special message of support to the participants, and serve as the Race Marshal.

“A huge thank you to Minister Hoffman for attending. Her remarks were spot on – awareness of mental health is growing and it’s because of events like this one.  We were delighted to have her at the microphone and her words were certainly encouraging to all of us,” said Rutherford.

Stay tuned for information about the 2018 SHOPPERS LOVE. YOU. Run For Women!