Stories of HopeReducing the Stress of Natural Disasters on Pregnant Women 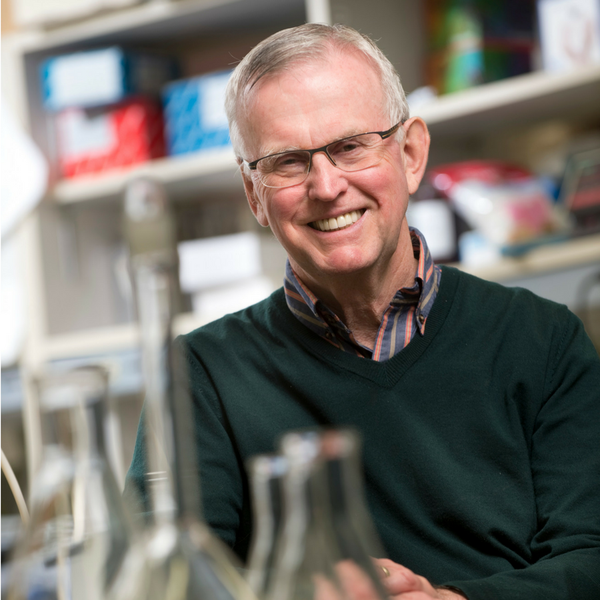 In May 2016, Albertans experienced the largest wildfire evacuation in the province’s history.  The wildfire started on May 1, southwest of the community of Fort McMurray. Two days later, all residents were forced to evacuate as the fire drew closer and closer to the city. Close to 90,000 men, women and children fled the area amidst the devastating inferno.

That’s when the rest of Alberta decided to step up and lend a helping hand; including Dr. David Olson. “I just wanted to do something,” says Olson. “I live in Edmonton — Fort McMurray is just in our backyard. Just like everyone else, I wanted to contribute something.”

“I just wanted to do something. I live in Edmonton — Fort McMurray is just in our backyard. Just like everyone else, I wanted to contribute something.”

Olson decided to use his skills and knowledge to help the people of Fort McMurray in a way that differed from the volunteer efforts of many concerned Albertans. He knew that a natural disaster as stressful as the wildfires could have serious consequences for the mothers and babies who had been evacuated, so he started a project with the intention of helping the women reduce the negative effects. Instead of a traditional natural disaster study, however, Olson added an intervention element to try to help combat some of the post-traumatic stress the women were experiencing.

Other studies have followed children born after natural disasters and found that the children have lower language fluency and are at a higher risk of becoming overweight or obese and developing diabetes. “It is the accumulation of stress that we are pretty sure leads to the poor outcome and poor health of the child throughout their lives,” explains Olson.

Women who are taking part in the study are asked to write for 15 minutes each day, four days in a row — a therapy technique called “expressive writing.” Expressive writing is typically used to help treat people who are coming back from conflict areas, such as soldiers coming back from Afghanistan. “The ideal outcome would be that the intervention works,” says Olson. “That way we can help not only the women of Fort McMurray but the children as well.”

Given the nature of this study, a lot of people and resources had to come together quickly in order to respond in at the right time. It took many people and long hours to create this study in time to support the women of Fort McMurray.

This project has also been announced as one of seven research projects funded by the Government of Canada, Alberta Innovates and the Canadian Red Cross to help with the long-term effects of the Fort McMurray wildfire.

Although the study specifically focuses on Fort McMurray, Olson can see how expressive writing therapy could be applied even farther.

“Every year tens of thousands of pregnant women are affected by natural disasters globally. My hope is that this intervention will one day be used around the world — in any language — to positively affect birth outcomes for all women who have been impacted by disasters."

This important research space will provide the WCHRI team with the ability to facilitate research in women's health without impacting the daily clinical care requirements of the hospital. It will also allow clinicians to easily participate and further their clinical research programs which contribute to improving patient care and enhancing the knowledge of all care providers.

Research in this facility will impact women at all stages of their lives. Current studies span reproductive health, mental and stress disorders, ovarian and gynecologic cancer and mature women's health.