Our Hospital, Our StoriesPandemic, stigma a double barrier to health care for people who use substances, says public health expert

Public health researcher Elaine Hyshka, the newly named Canada Research Chair in Health Systems Innovation, aims to translate evidence for harm reduction approaches into practices that can be implemented in the health-care system 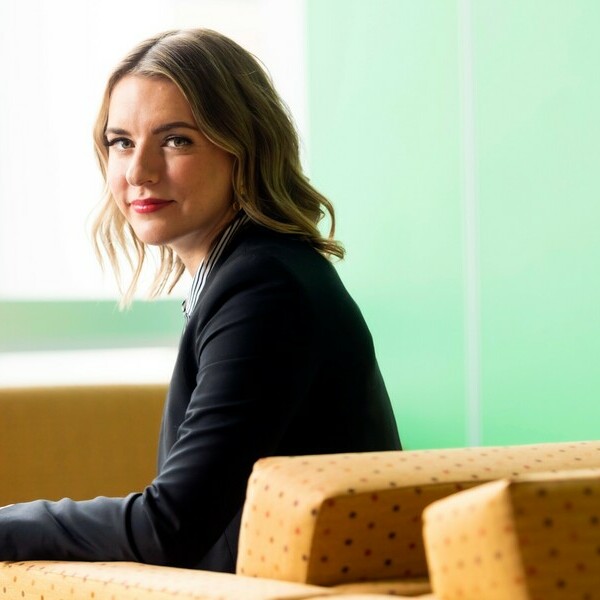 Dr. Elaine Hyshka is one of three leading U of A researchers to join the ranks of new and renewed Canada Research Chairs. Dr. Hyshka is also the Scientific Director of the Inner City Health and Wellness Program (ICHWP) at the Royal Alexandra Hospital.

Originally published in Folio by Michael Brown on January 12th, 2022

Hospitals aren’t better equipped to help those struggling with a substance use disorder because of ongoing stigma in health care, according to a University of Alberta public health researcher who suggests the pandemic has underscored the need for change.

“Even though we have a wide range of very effective interventions for reducing the risk of overdose death for people who use substances widely available in the community, they are not really available in hospitals,” said Elaine Hyshka, researcher in the School of Public Health and new Canada Research Chair in Health Systems Innovation.

“It’s kind of ironic because hospitals are where people expect the highest standard of health care to be provided.”

It is well documented that the overdose epidemic has worsened during the pandemic.

Hyshka explained the pandemic disrupted drug trafficking patterns and supply chains, which has led to new substances, new sellers and an even deadlier street drug supply.

“Basically it has become very, very difficult for people to be able to know what they are taking, and what the potency is,” she said, noting that a recent increase in novel benzodiazepines in circulation is further increasing risks.

To make matters worse, according to Hyshka, people who use drugs have been less able to access services, like supervised injection sites, thanks to a combination of wanting to stay home to protect themselves from COVID-19, and increasingly constrained availability.

“That led to more people using alone, which increases the risk of overdose fatalities because there's no one there for those having a medical emergency,” she said.

This overdose epidemic amidst the COVID-19 pandemic saw an increase in overdose victims entering into what Hyshka describes as woefully unprepared acute care settings, which often lack access to basic harm reduction strategies like supervised injection sites, needle exchanges or in some cases even naloxone kits.

“Harm reduction approaches to substance use have not really been integrated into hospitals largely because of stigmatization and criminalization of people who use substances,” said Hyshka.

“Entering the hospital doesn't just change the fact that you might have an addiction or substance use disorder.”

She said one of the reasons drug use stigma persists in acute care settings is because health-care providers typically don't receive enough education about substance use or substance use disorders.

“We know that ongoing substance use in hospitals can lead to an increased risk of overdose, or risk of HIV or hepatitis C transmission, especially when it's occurring in secret, hidden from medical staff,” she said. “Ongoing substance use is a big reason that people leave hospital against medical advice early or are prematurely discharged.”

Hyshka added that people who have substance use disorders deserve to have access to the same high-quality hospital care as any other patient, and noted that a hospital setting is a huge opportunity to build trust with the health-care system because a lot of people have had negative experiences.

“With this CRC, I want to bridge the gap between the academic evidence that says the strategies are effective for preventing sudden related morbidity and mortality, to actually implementing them in health-care systems and ensuring that people have universal and equitable access to those programs.”

Three new or renewed Canada Research Chairs at U of A

Hyshka is joined in the U of A’s CRC ranks by pediatrics professor Todd Alexander, who is being renewed as a tier 2 CRC in Epithelial Transport Physiology, and Native studies professor Kim Tallbear, who was advanced as a tier 1 CRC in Indigenous Peoples, Technoscience and Society.

The tier 1 CRC is an award reserved for outstanding researchers acknowledged by their peers as world leaders in their fields and is worth $1.4 million over seven years. Tier 2 CRCs are each awarded $500,000 over five years, with an additional stipend of $20,000 per year for first-term chairs, and are acknowledged by their peers as having the potential to lead in their field.

Established in 2000, the Canada Research Chairs program stands at the centre of a national strategy to make Canada one of the world's top countries in research and development. Chairholders aim to achieve research excellence in engineering and the natural sciences, health sciences, humanities and social sciences.