As the country watched in horror as the entire city of Fort McMurray and surrounding area was evacuated the Royal Alexandra Hospital and the Lois Hole Hospital for Women's medical teams prepared to receive many of Fort McMurray's most vulnerable. 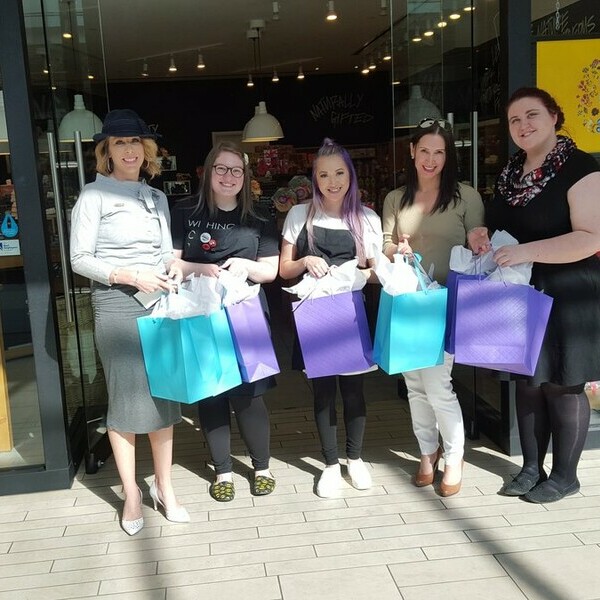 As the country watched in horror as the entire city of Fort McMurray and surrounding area was evacuated the Royal Alexandra Hospital and the Lois Hole Hospital for Women's medical teams prepared to receive many of Fort McMurray's most vulnerable.

More than 120 patients were evacuated to safety from the Northern Lights Regional Health Centre in Fort McMurray amid a raging wildfire last week and several of them eventually made their way to the safety of the Royal Alex campus in Edmonton. Among the evacuated patients that arrived at the Royal Alex and Lois Hole Hospital for Women were expectant mothers, new mothers with their infants and women who are mothers and were spending time at the hospital in Fort McMurray for other reasons. Spending Mother's Day in the hospital is not ideal for anyone and for those who were now so far from home the situation was even less desirable.

"We wanted to know how we could help" said Sharlene Rutherford, Vice President of the Royal Alexandra Hospital Foundation. "We were contacted by the social work team at the Royal Alexandra Hospital and asked if we could help them put together some gifts for Mother's Day. We then reached out to Kingsway Mall we were met with a resounding yes, they would love to put together gift bags for the displaced mothers."

The foundation's relationship with Kingsway Mall began this spring when Kingsway Mall offered to run a special promotion for Mother's Day with a portion of gift card proceeds being donated to the Lois Hole Hospital for Women.

"This is the just the beginning of a wonderful philanthropic relationship for the Lois Hole Hospital for Women and Kingsway Mall," said Rutherford. "We see great opportunity for our organizations to not only be geographically close, but also to have a close working relationship as well. We couldn't be more thankful for the generous donations made by Kingsway Mall and some of its tenants."

This was only one small case of Albertans offering support in an extraordinary situation of need; one small case that made one large difference for several mothers from Fort McMurray.   The gift bags were filled with goodies that were intended to sooth and pamper the relocated mothers. Lush Cosmetics donated personal care products, and the Kingsway Mall team purchased tea and other treats that would make their stay in hospital a little more enjoyable. To layer on the special feeling for the mothers Kingsway Mall residents Hillberg and Berk donated a pair of sparkle ball earrings for each mom hoping to put even a small amount of sparkle back into this dark time.