Stories of HopeDealing with Perinatal Loss

The loss of a pregnancy or a baby is an unimaginably heartbreaking event. No matter the length of your pregnancy or the age of your baby, it is a life-changing experience. 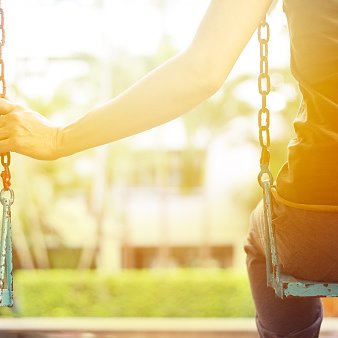 Written by Kristin Baker, originally created and published for Shoppersloveyou.ca.

“All losses of pregnancy and babies should be supported,” says Patti Walker, RN, BN, Regional Bereavement Coordinator for the Lois Hole Women’s Hospital. “It’s a family that’s lost their little one, and their hopes and dreams for the child along with it.”

Every pregnancy is different, and so is the reaction to the loss of that pregnancy. It’s normal to have a wide variety of feelings – from disbelief to anger to sadness. For some, it can be a blip in life that can be overcome, while for others, it can have significant and long-lasting effects. No one feeling or reaction is right or wrong. “No one likes to be sad. No one likes to wallow in emotion. But no emotion is wrong,” Patti says.

There’s another very big distinction that can affect your feelings: whether you viewed the event as the loss of a pregnancy or as the loss of a baby. “If you’ve envisioned the baby’s name and what it would be like, then already that baby is part of the family,” says Patti. “And if you view this as a baby, you already view yourself as a mom. As soon as that ends, then the grief can start.”

Often, your circumstances and personality have an impact on the feelings and reactions to a perinatal loss. An early loss for one might be as viewed as a minor event, while for another it might have been the only chance at becoming pregnant.

Unfortunately, one in four pregnancies do end in a loss. The majority of those losses occur in the early stages, and most often there’s nothing that could have been done to prevent the loss. Still, some women may feel a responsibility and ownership around the loss, and this sometimes results in feelings of guilt or shame. Knowing that this wasn’t your fault is key to beginning the healing process.

A perinatal loss can often feel unsupported and can make a woman feel very isolated. “If you've lose a parent, you've lost your past. If you lose your partner, you’ve lost the present. But if you lose a baby, you’ve lost the future,” says Patti. “There isn’t really a word for someone who’s lost a baby – except that you’re bereaved. Just in the language we have in society, it’s not always acknowledged.”

How can you start to heal after a perinatal loss?

The time immediately following the loss of a pregnancy or baby can be overwhelming. One of the most important steps you can take is to reach out and talk to people. Surround yourself with understanding friends and family so you’re not going through it in isolation.

“You need to create that village of support,” says Patti. “Unfortunately, with an early loss, it’s a smaller village than if it was the loss of an older child because more people got to know that child.” She advises women to reach out, whether it’s to friends and family, or through online or in-person support groups. For many, practicing self-kindness can also help – read a book, or keep a journal of your feelings. “Be really kind to yourself,” she says. “This wasn’t your fault.”

“You need to create that village of support, unfortunately, with an early loss, it’s a smaller village than if it was the loss of an older child because more people got to know that child. Be really kind to yourself, this wasn’t your fault.”

When a woman experiences a loss, the whole family can be affected. They need to be supported as well. If you’re the friend or family member of someone who’s experienced a loss, reach out to her and her family – they can often feel like no one wants to talk to them and that their loss is a taboo subject.

Patti advises that you feel it out with the family – they’ll quickly tell you if they’re ok talking about the subject. If they’ve indicated they’re comfortable speaking about the loss, talk about the baby. Ask if their baby had a name or nickname, because as soon as you give a gender or name to a baby, you’ve acknowledged that they’ve lost a part of the family.

Use the baby’s name in conversations. Nothing sounds more beautiful than for someone else to use your baby’s name. It acknowledges that their baby was real.

Reach out on certain dates – due dates, Mothers’ Day, and Christmas can be especially painful times for the mother and her family. Even just a text to say, “I’m thinking of you” can help.

You can also help by doing more practical things, such as shoveling the walk, making meals, or taking the family’s other kids to the park. “Try to be present – don’t go away. Companion the family in their grief. You can give them a little light, because it’s dark for them right now,” says Patti.

Grief and getting more help

Initially, the loss of a pregnancy or baby can define you. It can be in every thought you have and can colour everything that you do.  This is normal – it’s grief.  “People want to avoid grief, but you have to go through it. But when you have people walking with you, you can get to the other side,” says Patti.

Support groups – either in person or online – can help. Patti has seen the transformative effect that just talking to others who’ve had similar experiences can have. It can a lonely experience to suffer a perinatal loss, but in support groups, families can openly talk about feelings.

“I’ve never met anyone who forgets their baby. It impacts you and changes you. This open wound eventually starts to scar over, but it’s always there,” she says. “As you do the work and continue to mourn rather than just grieve, it becomes part of you.”

Moving through grief and finding your new normal

Everyone’s story of perinatal loss is unique, but Patti says she hears two common threads in almost every families’ story. Getting back to ‘normal’ life may be quite difficult, and many families eventually realize that they need to find a ‘new normal’.

“You’re a changed person after you experience perinatal loss,” says Patti. “This is grief. It’s a normal response to the loss of something you loved and valued. The reason you hurt so much is that you wanted and loved this little one so much. And it takes way longer to find that new normal than you’re used to in our fast-paced world.”

Families may also experience feelings that they describe as a ‘loss of innocence’. They can carry with them an ongoing fear that once they’ve had a loss, it could happen again.  Again, support groups can help families move through these feelings.