Our Hospital, Our StoriesCelebrating by Giving Back

When Jackson Johnston's parents Chris and Kate asked their son what he wanted for his ninth birthday his answer was one that warmed their hearts, and one that would benefit some of the city's smallest and sickest patients. 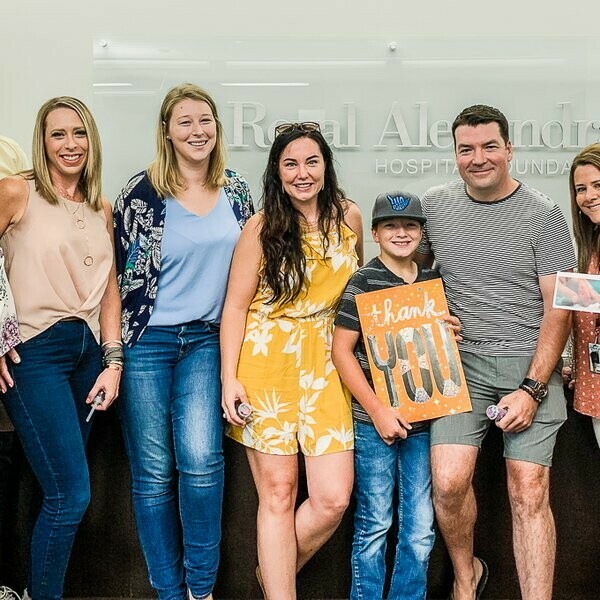 Jackson Johnston is not your average ten-year-old boy. Full of vim and vigour, Jackson recently chose to direct his energy, along with all of the gifts for his birthday to the Neonatal Intensive Care Unit (NICU) at the Royal Alexandra Hospital.

Raised in a family who values a culture of philanthropy, Jackson was inspired to forgo the usual birthday haul for the opportunity to make a difference in his community. Jackson's dad Chris is Director of Business Operations for Stuart Olson, an organization that is a donor to the Lois Hole Hospital for Women at the Royal Alex, and a returning sponsor of the hospital's Harvest Celebration each September.

"I wanted to give back instead of just collecting more stuff," said Jackson. "I remember needing care in hospital when I was younger and I know that the hospital saved my Uncle Andrew's life when he was a baby so I decided to raise money for the place that saved him."

"I wanted to give back instead of just collecting more stuff. I remember needing care in hospital when I was younger. I also know that the NICU at the Royal Alex saved my Uncle Andrew's life when he was a baby. I decided the best thing to do was to raise money for the place that saved his life so many years ago."

"My brother Andrew, Jackson's uncle, was born several months premature 18 years ago," said Chris Johnston, Jackson's dad. "Jackson has heard the story many times that without the NICU at the Royal Alex his uncle wouldn't be here, so when he decided to raise money in honour of his birthday last year the NICU was an easy choice for where to direct the funds."

Jackson raised $1,500 for the Royal Alexandra Hospital Foundation, in support of the NICU.

Jackson, we are beyond grateful for your gift to our hospital's smallest and sickest patients.

From the entire Royal Alex family, thank you and Happy Birthday!