Our Hospital, Our StoriesCare and Caring Wins a Rosie

At the 42nd annual celebration of The Rosies, the annual gala for the Alberta Film & Television Awards, the Royal Alexandra Hospital Foundation were named as nominees and then as winners! 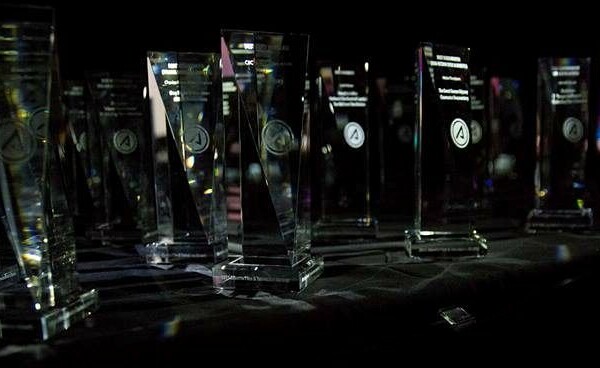 The Rosies is the annual gala for the Alberta Film & Television Awards, think of it as Alberta's version of The Oscars. Put on each year by the Alberta Media Production Industries Association the evening brings together Alberta’s brightest stars and industry professionals to honour and celebrate their hard work in video production.

This past Saturday played host to the 42nd annual celebration and the 1st time our hospital and foundation were named as nominees and then as winners!

Over fifty Rosie Awards were presented over the evening and the Royal Alexandra Hospital's video "The Difference between Care and Caring" was this year's winner for Best Public Service or Not-for-Profit Production. Production company Geffen Media was recognized for their excellence in the production of the video.

"We couldn't be more thrilled with the results of this incredible video," stated Sharlene Rutherford, Vice President of the Royal Alexandra Hospital Foundation. "This is our 5th major award and it is truly the icing on the cake. It has been an incredible journey demonstrating the power of communication to our hospital staff and to the public about what it really means to patients and their families when care goes beyond the standard and translates into genuine caring."

The Royal Alexandra Hospital Foundation would like to congratulate Missy Geffen and Geffen Media for all of their great work on the production. This video is proof positive the difference a simple act of caring can make in the lives of so many.

If you haven't had a chance to watch the incredibly moving true story, click here to read more about it, and to see for yourself why this video has made such an impact.