The beloved Canadian band will take the stage for the 11th annual fundraiser in support of the Lois Hole Hospital for Women, airing exclusively on CTV Edmonton at 5pm on September 18th. 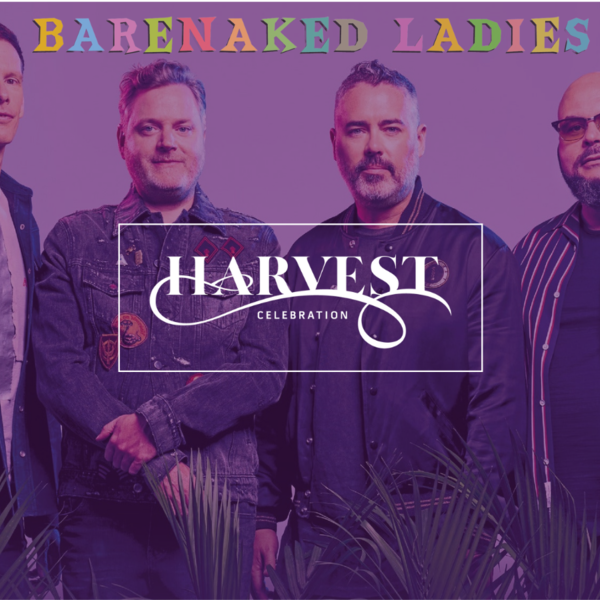 The beloved Canadian band will take the virtual stage for the 11th annual fundraiser in support of the Lois Hole Hospital for Women.

The Royal Alexandra Hospital Foundation is thrilled to announce that iconic Canadian band, Barenaked Ladies, will be headlining this year’s Harvest Celebration in a televised concert on September 18thairing at 5pm exclusively on CTV Edmonton. The program is the foundation’s signature fundraising gala supporting the Lois Hole Hospital for Women, often featuring a star-studded lineup of entertainers.

Over the course of their remarkable career, Barenaked Ladies have sold over 15 million albums, written multiple top 20 hits (including radio staples “One Week,” “Pinch Me,” “If I Had $1,000,000”), garnered two GRAMMY nominations, won eight JUNO Awards, had a Ben & Jerry’s ice cream named after them (“If I Had 1,000,000 Flavours”), participated in the first-ever “space-to-earth musical collaboration” with astronaut Chris Hadfield, and garnered an international fan base whose members number in the millions. In 2018, the band was inducted into the Canadian Music Hall of Fame. Through the years, the group has endlessly proven their undeniable power as a live act, with each performance propelled by their chemistry as a band.

“It means so much to have the renowned Barenaked Ladies playing our fundraiser. So many of us at the Royal Alexandra Hospital Foundation are enormous fans and we can’t wait for our donors and viewers to see the show—and hear a somewhat ‘customized’ set list, no less,” said Sharlene Rutherford, President and CEO of the Royal Alexandra Hospital Foundation. “It’s sure to be an entertaining and meaningful evening, celebrating advancements in women’s healthcare, enjoying a few classic Canadian tunes, and garnering more support for the Lois Hole Hospital.”

The Lois Hole Hospital is Alberta’s only hospital dedicated to women and has been a key centre of excellence for women’s healthcare in the province since its opening 11 years ago. The annual gala helps raise essential funds that help support innovative models of care, ground-breaking research, and specialized programs and services for all women from across northern Alberta and beyond.

“Join us for Harvest Celebration 2021 supporting the Lois Hole Hospital for Women. We’ll be playing some songs, having some fun, and hopefully raising a million dollars!” said Ed Robertson, Barenaked Ladies lead vocals and guitar.