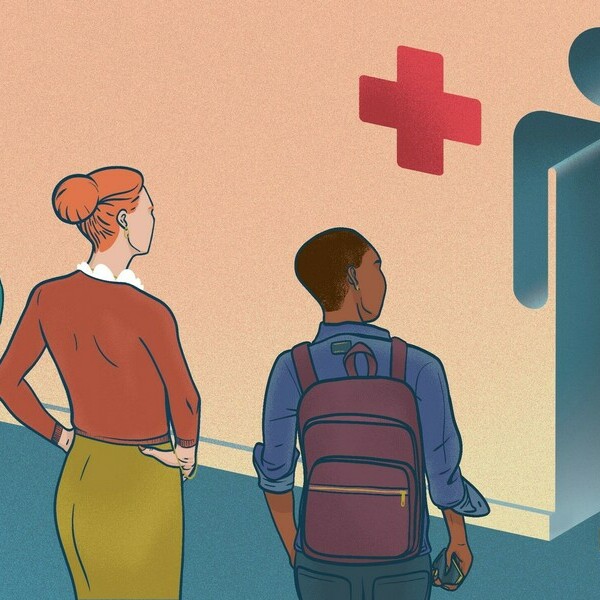 ORIGINALLY PUBLISHED HERE ON MARCH 8, 2021, BY THE UNIVERSITY OF ALBERTA'S GILLIAN RUTHERFORD

Women make up roughly half the population and have given birth to everyone, yet have remained largely excluded from medical research and drug trials, according to Sharlene Rutherford, president and CEO of the Royal Alexandra Hospital Foundation (RAHF).

“We know it can take 17 years for medical research to filter down to clinical practice, and women have only been included in trials for the past 20 years,” she said. “Dedicated research and increased funding are both needed in order for women’s health to catch up.”

That’s why the RAHF is launching the Alberta Women’s Health Foundation today, on International Women’s Day—a new name and new focus for the philanthropists who helped build Edmonton’s Lois Hole Hospital for Women and establish the Women and Children's Health Research Institute (WCHRI) at the University of Alberta.

The largest donation ever made to the U of A came as a combined gift to WCHRI—$40 million from the Stollery Children’s Foundation and $14.5 from the Royal Alexandra Hospital Foundation—to support research into children’s, perinatal and women’s health.

Because of that support, WCHRI scientists have carried out more than 115 research studies and 110 student projects on women’s health to date, finding solutions—and implementing evidence-based treatments—for conditions that have left women to “suffer in silence” unnecessarily, from health issues ranging from pelvic floor disorders to severe menopause symptoms to gynecological cancers.

“All of our cells are different from men’s because of our chromosomes and our hormonal profile,” said Sandy Davidge, the Distinguished University Professor in the Faculty of Medicine & Dentistry who leads WCHRI. “That’s going to have an impact on health—one size does not fit all in health care.”

“Women demand more out of their health now,” said Rutherford. “We’re not happy to be told, ‘Just live with it’ or, ‘It’s part of aging,’ or the ultimate, ‘It’s all in your head.’”

A national collaboration to extend advocacy, fundraising and research

For example, almost 90 per cent of Canadians don't know that women are more likely than men to experience an adverse reaction to prescription medications, 83 per cent are not aware that a third of women suffer from periods so severe they interfere with daily activities and sometimes cause them to miss work, and 80 per cent don’t realize that heart disease kills more women than men each year, according to a survey for #FundtheFacts.

“The new initiative will support research that’s going to fill those gaps and address the uniqueness of women’s health, but also educate and advocate,” said Davidge, who holds the Canada Research Chair in Maternal and Perinatal Cardiovascular Health and is a fellow of the Canadian Academy of Health Sciences.

Women’s Health Collective Canada will form partnerships with corporations to help with advocacy, much as the Children’s Miracle Network does for children’s health.

“We’ve entered a period where the greatest transfer of wealth is now happening,” noted Rutherford, who said the timing is perfect.

“Women are creating their own wealth like never before,” she said. “As glass walls and glass ceilings come down, women are building community, connections and collaborations in unprecedented and powerful ways.”

Because research and clinical teams work so closely together in Edmonton, discoveries in women’s health are translated as quickly as possible into better care at the bedside.

"The knowledge doesn't stay at the university or in one single hospital—it improves the care of women in hospitals throughout Alberta and across Canada." - Sharlene Rutherford, president and CEO, Royal Alexandra Hospital Foundation

Davidge’s research focuses on how pregnancy complications can impair the cardiac health of both mother and baby later in life. Davidge and her team are working on ways to measure oxygen delivery within the womb to identify which babies are most at risk when mothers have pre-eclampsia, a pregnancy-induced form of high blood pressure. Still in the discovery phase, they are also looking for a way to improve fetal outcomes by treating the placenta with antioxidants that can’t reach or harm the baby.

Both Davidge and Rutherford said collaborating nationally on fundraising, advocacy and research will build on the drive to support women’s health that is already at work in Edmonton.

“We are very fortunate to have that vision in our community,” said Davidge. “We have been able to attract and retain researchers focused on women's health because of that support, and the power of that community spirit has really put Edmonton on the world stage.”