Our Hospital, Our StoriesA weekend of big wins for Royal Alexandra Hospital video

The Difference Between Care and Caring claims top honours at Edmonton’s ACE Awards and tops it off with DoGooder Video Award for Best NonProfit Video. 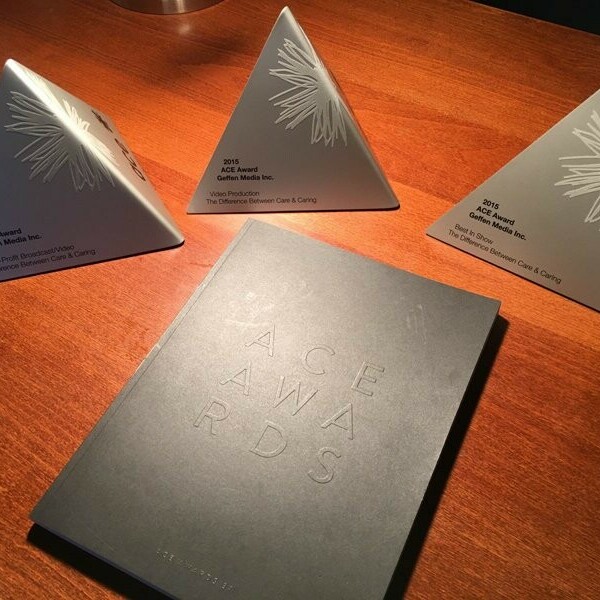 The Difference Between Care and Caring claims top honours at Edmonton’s ACE Awards and tops it off with DoGooder Video Award for Best NonProfit Video.

The Royal Alexandra Hospital (RAH) was honoured at the Advertising Club of Edmonton’s ACE Awards for its video The Difference Between Care and Caring when it received three 2016 ACE Awards Saturday evening, including the night’s most prestigious win, Best In Show.

Supported by the Royal Alexandra Hospital Foundation and Produced by Missy Geffen of Geffen Media, The Difference Between Care and Caring took home top honours for Best Video Production and Best Broadcast/Video, Not-for-Profit.

The night was capped off when Best in Show was also announced, resulting in a standing ovation for the Royal Alexandra Hospital and video producers.

As if three ACE Awards are not enough, it was announced Sunday that the video has also won the DoGooder Video Award for Best NonProfit Video, with more than 4,000 votes.

It was a very close race during the voting period, as our video ran neck and neck with another contender. As the only Canadian finalist, we are very proud to have gained such incredible public support both locally and internationally.

The winners of the DoGooder Video Awards will be announced at the Nonprofit Technology Conference in San Jose, California on Thursday, March 24 and will continue to be promoted by the award sponsors, which includes YouTube and popular not for profit media organizations, See3, TechSoup and NTen.

The Difference Between Care and Caring is the poignant story of how staff at the Royal Alexandra Hospital went above and beyond for husband and wife palliative patients who were admitted separately to the RAH on the same day. The small, thoughtful actions of several staff and physicians placed the couple together and improved their experience and that of their family. Since its release in December 2015, the video has been viewed more than half-a-million times through Facebook and YouTube.

CLICK HERE to watch the video and read the the touching true story behind this multi- award winning production.