Later in bed, Charles ruminated on what had happened to him, marveling at the technology available that saved his life without major surgery. "That $10,000 could have been the expense for a funeral instead.” 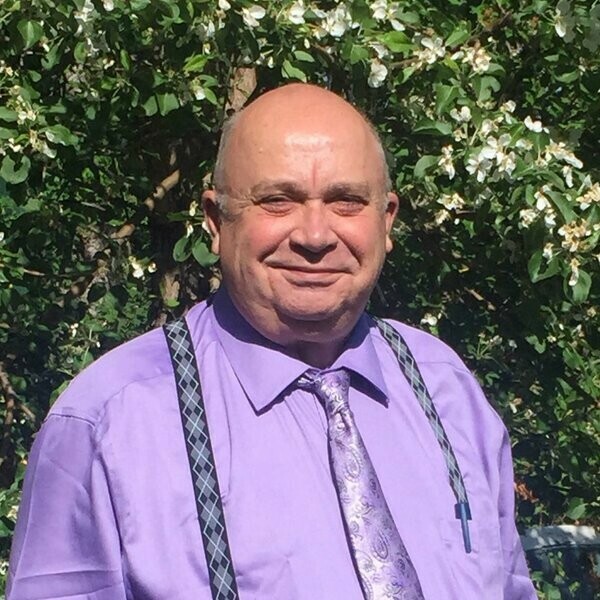 Charles Park is a 67-year-old retired farmer who lives on his charming property just outside Ponoka, Alberta.  His days are filled with little projects, keeping him busy while enjoying the fresh air.  He loves waking up to the sights and smells of the farm that greet him each morning.

For roughly three months, Charles had been feeling upper chest pains and wondered what he had been lifting on his farm that was causing it.  The muscle pains were always on the right side of his chest and even though they were fairly constant Charles decided to ignore the pain and go on about his usual activities.

All of that changed when one night the pain spread to his left side.

“I’m a widower – I don’t have a good lady around to interpret these things,” Park said.

He remembered hearing somewhere that when you have a heart attack, you should take two aspirin, so he did.  The pain left for a while and then came back.

Soon he had both arms propped up with pillows because the pain was so bad.  He took another pain killer and went to bed.

At three o’clock in the morning, he woke up and realized something was very wrong.  Deciding he needed to talk to a doctor, he dressed and drove the ten kilometres to the local hospital in Ponoka.

After some tests and a short wait, Charles was informed they were sending him to the Royal Alexandra Hospital in Edmonton.

It was an angst filled 90-minute drive between the two hospitals.

Upon arrival at the Royal Alexandra Hospital’s CK Hui Heart Centre, they took pictures of his heart and used radioactive dye to identify two arteries that were 90 per cent blocked.

“The doctor told me I had nice straight arteries in my arm.  So, they went in there.  It wasn’t painful at all,” said Park.

Cardiologists were able to insert two stents in under an hour, opening up his arteries and preventing the need for open heart surgery.

Later in bed, Charles ruminated on what had happened to him, marvelling at the technology available that saved his life without major surgery.

“My dad had had open heart surgery when he was 80.  He lived another 14 years… but that surgery was really hard on him.”

“What they were able to do for me was extraordinary!”

Within several weeks, Charles was back to taking aqua fitness classes and he now takes medications that help keep his arteries open.

Left with a feeling of profound gratitude from his experience, Charles picked up the phone and made a donation of $10,000 to the CK Hui Heart Centre.

“I thought about it after. That $10,000 could have been the expense for a funeral instead and that really affected me.  That’s why I made the donation.”

“Everyone at the CK Hui was very friendly -- the nurses, the doctor.  They were business-like but very friendly.  It put me at ease."

Heart disease is the number one killer of Canadians.

With help from donors like you, the CK Hui Heart Centre is able to make life-saving interventions for thousands of people each year just like Charles.

CK Hui Heart Centre cardiologists have built an international reputation for saving lives and giving patients and their families a chance to overcome heart disease.

Your donation could help save the life of someone you love.